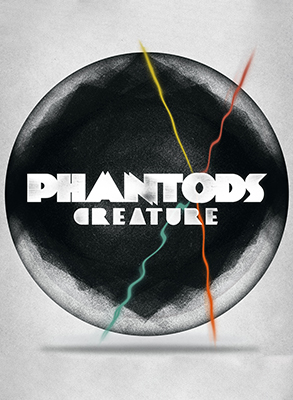 In 2004, I started my first band Phantodswith guitarist Daniel Hagquist. In 2009, our debut self-titled LP charted in the CMJ Top 200. Later that year, our four song EP, Revival, was released to rave reviews. Our 2010 release, Creature, debuted in the CMJ Top 100. Phantods has been featured on MTV’s The Real World, The Challenge, The Hangover 2, and was the soundtrack for the short film Pinball Donut Girl which costarred Jane Wiedlin (of the Go Go’s).

“It’s already been a pretty big year for one of our favorite local bands, Phantods; their single Creature, off their second full-length album of the same title, has been getting tons of spins on CD101, and last month, ripped their set in front of a sold-out Newport crowd opening for Fitz & the Tantrums.” -614 Magazine