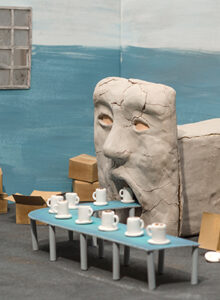 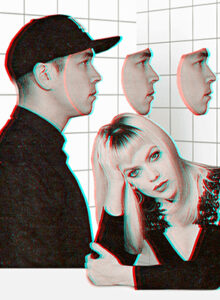 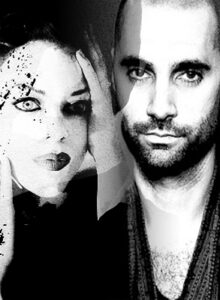 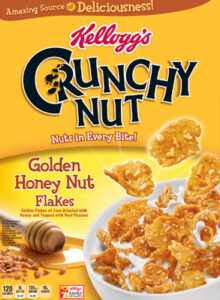 The past couple of years I have been chiseling away at a project that is very near and dear to me and this August 14th marked the day that my debut album as a solo artist was released!!! Fool Potential is a ten-track art-pop album that I have written, recorded, edited, and produced on my own. The album was mixed by Mark Abrams and mastered by John Paterno.

When I was performing with Phantods, I would get all sorts of questions after the shows. Often I would get ones like who writes the lyrics/vocals (that would be me) or when I joined the band (I didn’t join the band, I started it with Dan and Micah) and I always felt like I needed to shout at the top of my lungs that I am an active participant in this journey and not just an accessory to it lol. I think that’s why I felt driven to make an album on my own and also why I am especially proud of this one. 😊

My Buggie project is as much about visual art as it is a music project. Each track on the album has a sculpted scene and stop motion to go with it that I handmade myself. As I explore my vision I am learning as I go. I’m a newbie with a lot of it from the DAW I’m recording in to using an airbrush and other art supplies. It has forced me to focus on exploration rather than perfection and I like that. This little realm of ideas – all of the characters who exist here feel like we are all part of this whimsical yet oddball world. Whether you’re sculpted from clay or flesh and blood, I invite you to be a part of the Buggie Club!

KABIRIA is an electropop project with my best friend producer/musician Chris Dang.  I write the vocals, create the imagery and videos, while Chris writes the instrumentation, produces, mixes, and masters the tracks. Highlights include performing in South Korea for New Years! Chris is an amazing sound designer and dialogue editor and is now creating sound for video games and film!

In 2012, I had the great experience of working with Jerome Dillon (previously of Nine Inch Nails). I wrote and recorded vocals for a handful of tracks for his band Nearly. One of those songs made it into the movie No One Lives and can be heard over the ending credits! The horror film stars Luke Evans and is directed by Ryûhei Kitamura and written by David Cohen. Listen to the track Gone below.

In 2004, I started my first band Phantodswith guitarist Daniel Hagquist. In 2009, our debut self-titled LP charted in the CMJ Top 200. Later that year, our four song EP, Revival, was released to rave reviews. Our 2010 release, Creature, debuted in the CMJ Top 100. Phantods has been featured on MTV’s The Real World, The Challenge, The Hangover 2, and was the soundtrack for the short film Pinball Donut Girl which costarred Jane Wiedlin (of the Go Go’s).

“It’s already been a pretty big year for one of our favorite local bands, Phantods; their single Creature, off their second full-length album of the same title, has been getting tons of spins on CD101, and last month, ripped their set in front of a sold-out Newport crowd opening for Fitz & the Tantrums.” -614 Magazine

I had a great time working with Jeffrey Ciampa on the jingle he had written for Kellogg’s Crunchy Nut Cereal. Catch my voice, along with Jeffrey’s, and Jenny Lute of the Wet Darlings in this totally nutty commercial!